The little church underneath the live oaks.

Located in Bay Minette, Alabama, we are an Episcopal congregation in the Diocese of the Central Gulf Coast who welcome anyone who is willing to know and to follow the teachings of Jesus Christ. We gather each Sunday to celebrate the Lord’s Supper (the Holy Eucharist) and all baptized Christians are welcome to the meal. God is our host.

View a schedule of events 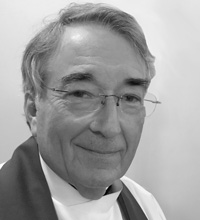 The church is almost as old as Bay Minette itself, being established in 1908, a few years after the Baldwin County town's founding. The original chapel was constructed in 1914 and stood until 1968, when it was destroyed by a tornado. Over the next four years, church services were held at the parish house.

In 1972, a new chapel was built and dedicated and serves as our place of worship to this day.

We hold service each Sunday at 10:00 AM. For more information about church events please visit our Facebook page.